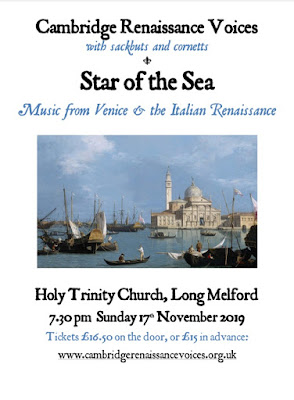 In the glorious acoustic of Holy Trinity Long Melford, Cambridge Renaissance Voices recreate this Venetian soundworld with the sackbuts and cornetts of I Musici della Contessa.
Posted by Rupert P Bell at 14:29