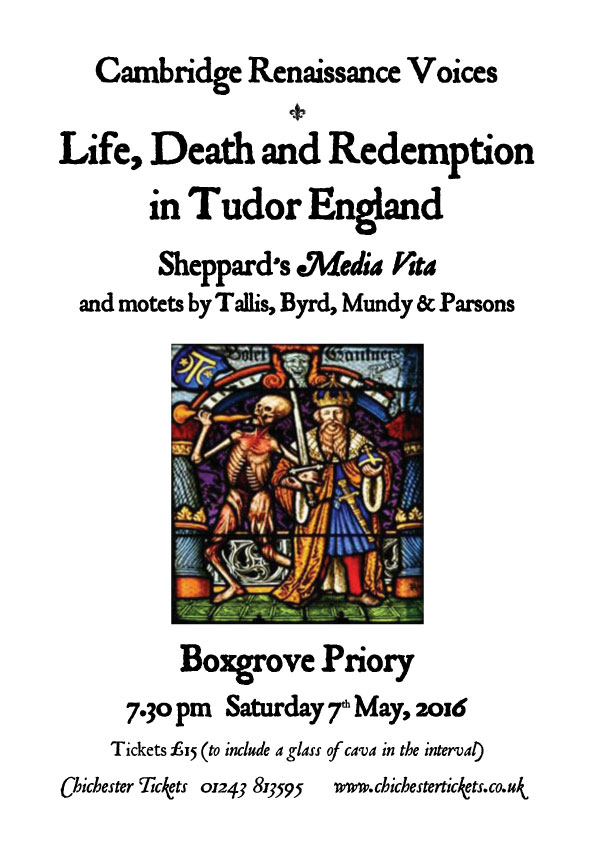 Much of the great devotional music of the English Renaissance illustrates the paradox that the bleakest liturgical texts often inspired the most glorious compositions of the period. John Sheppard’s Media Vita weaves some of the most serenely beautiful lines of English polyphony out of the despairing words later adopted for the funeral service in the Book of Common Prayer: ‘In the midst of life we are in death’.

Sheppard’s masterpiece forms the centre of a programme of Tudor music ideally suited to the atmospheric acoustic of Boxgrove Priory. This repertoire is the musical heartland of Cambridge Renaissance Voices, hailed by Early Music Review for performances that are ‘assured and expressive… achingly beautiful’, combining ‘understanding and passion’ in their recreation of the golden age of sacred music.