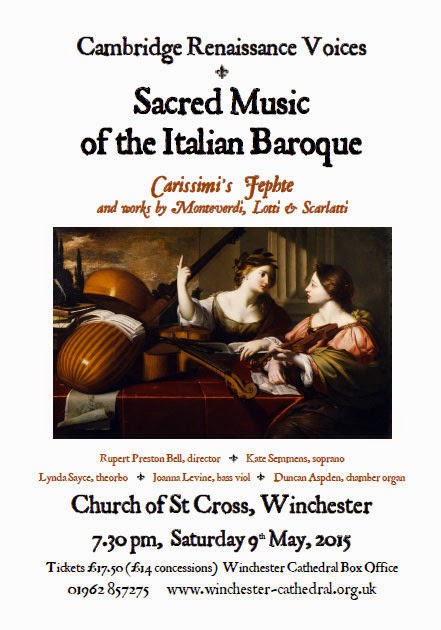 
Carissimi’s Jephte is a jewel of early Baroque oratorio, narrating with drama and passion the Old Testament tragedy of Jephtha, who sacrifices his only daughter in return for the Israelites’ victory in battle.  The music culminates in one of the most beautiful laments of the Italian Baroque.  In this programme Carissimi’s masterpiece is set alongside music of sacrifice and lament by his contemporaries (including Lotti’s searing settings of the Crucifixus and extracts from Scarlatti’s spectacular 10-part Stabat Mater), together with highlights from Monteverdi’s magnificent Vespers of 1610.  Cambridge Renaissance Voices are joined in this concert by soprano Kate Semmens and period instruments, recreating the glorious sounds of 17th-century Rome and Venice.